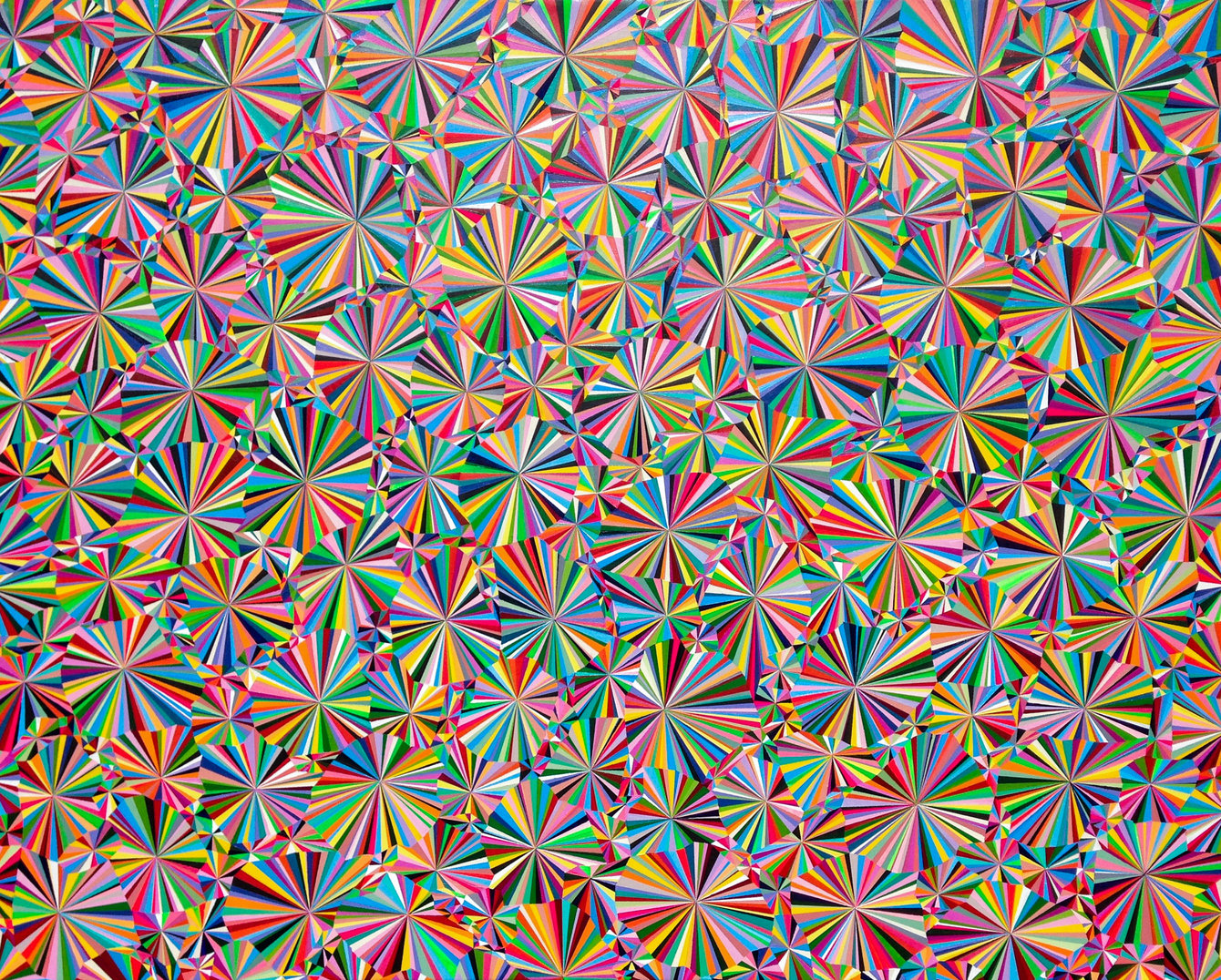 The Source Of Energy In Everything

The founders of the world’s many religious traditions, spiritual masters, mystics, enlightened yogis and incarnated angels have long revealed to the human race the divine truth that all things are inextricably connected and ultimately from the same source. They have spoken of this source or divine spark of energy as ultimately the same white light that is contained in everything. It is this source of white light that many people who have had near-death experiences often recall seeing. This white light can also be identified as the source of energy of the various coloured subtle energy centres in the human body which are called Chakras in certain religious traditions. This artwork depicts these subtle energies derived from this source energy extending out from the energy centres of all life in its various individuated forms on earth. It reveals how this same subtle divine energy actually is the dance and interplay animating all of life and attempts to provide the viewer with a vision of the reality that lies beneath the surface that was and is observed by not only the founders of various religious movements but all people who have raised their consciousness beyond the physical.